How the automotive industry is embracing experiential retail, the best way to measure a brand activation, & the World Cup’s sponsorship woes

When we think of the auto industry, invariably a specific image comes to mind. The “used car salesman” is an almost iconic image, the standard-issue black-topped lot his backdrop. And this picture seems clear whether imagining the 1950s or the 2000s. As a result, many people believe there has been little movement as it relates to how automotive companies approach sales and marketing. But, things are changing indeed. This old industry is learning some new tricks, embracing experiential retail and investing in unique ways to get and keep consumer attention. And other traditional industries would be wise to pay attention. There is a broader need for more established brands to adapt how they sell their products to stay relevant with an ever-changing consumer base. ALB Presents an article that features a man who is taking this mantra to heart and changing how automotive brands approach consumer engagement. 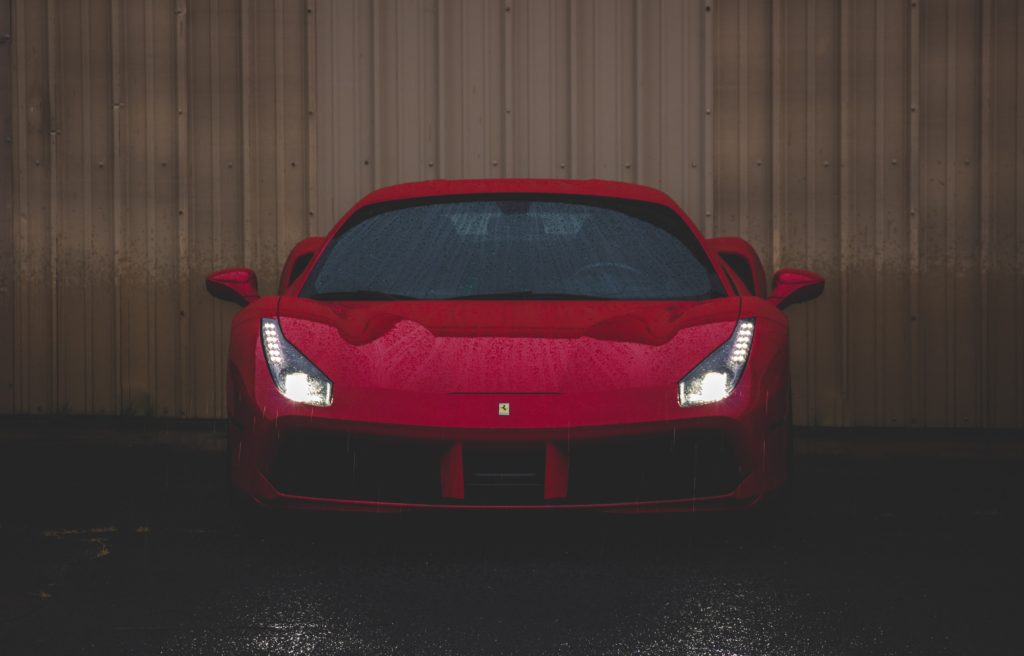 The automotive industry is going all-in on experiences

In this new frontier of retail, no sector seems to have been spared, automotive included. Over the past few years, car companies have been attempting to develop innovative techniques to entice consumers, removing the stereotypical pushy salesman from the picture.

This article by the New York Times features Eddie Sotto, an “experiential designer” who “helps devise ideas for selling cars borrowed from theme parks and other unlikely sources.” Having worked for Disney in the past, “what he learned from creating Main Street for Euro Disney and Pooh’s Hunny Hunt ride in Tokyo he now applies to selling automobiles.” His revolutionary approach exemplifies some of the out-of-the-box tactics other automotive companies are taking, ranging from installing features from cafés to shark tanks in dealerships.

This trajectory toward experiences will only continue to serve consumers, as car companies and other retail outlets discover bigger and better ways to make an impact.

Ecommerce brands are proving the value of brick and mortar

When it comes to commerce, an internet presence is required for a company to be successful. And, over the years, several companies, many of them the largest in the world, have existed entirely online. But, even retail behemoth Amazon has started to take things offline, as companies realize that a physical presence has advantages.

In addition to Amazon pop-ups, the company recently began opening Amazon Go locations, which have been coined a “store of the future”. Online brands such as Everlane and Casper have also created brick-and-mortars on a smaller scale. Through pop-ups and brand experiences, they have brought their digital brands to life. Brands have learned that having a physical presence, even one that is minimal, keeps consumers engaged and coming back.

Like experiential, these physical shopping experiences are often focused on consumer engagement while demonstrating transparency and brand value. They seek to bring the brand to life, create a connection with consumers, and provide “seamless on/off-line shopping experiences built around the shopper.” And, in most cases, their efforts are working. 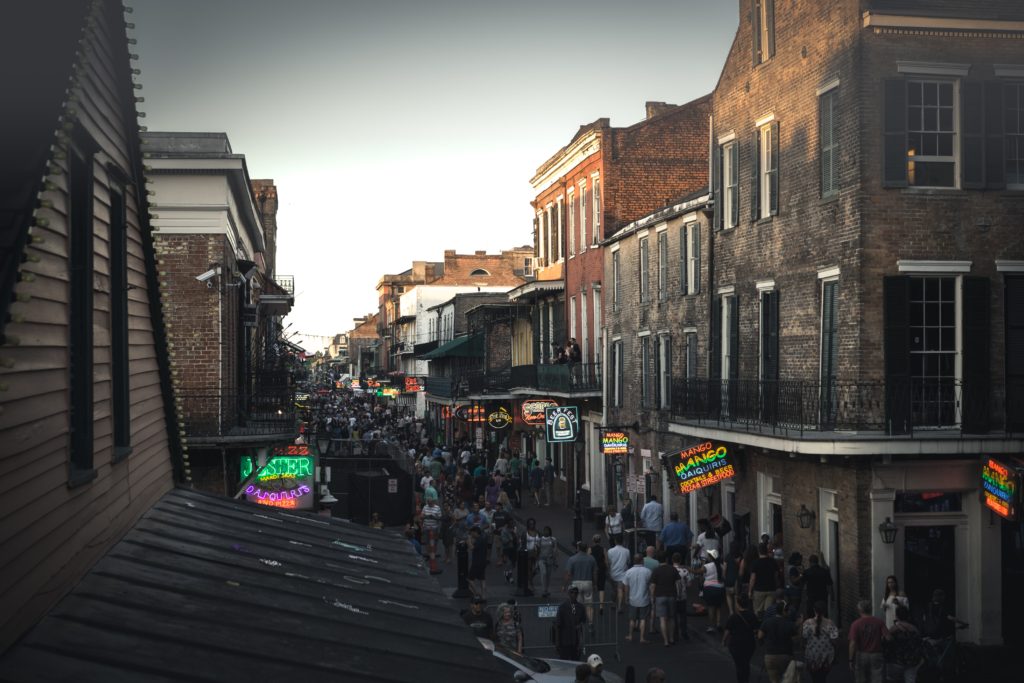 New Orleans is known for its vibrant culture, delicious cuisine and world-renowned festivals. This year, the city has commenced its 300th anniversary with a year-long celebration. The “One Time, in New Orleans” tourism campaign will feature events, exhibits, performances, galas, and lectures that will last the entire year.

One of the exhibits uses shipping containers placed throughout the city, which are converted into video booths to allow visitors to share their favorite New Orleans memory. Powered by artificial intelligence (AI) technology, these containers will “listen” in and project related images and/or music. As Mark Romig, president and C.E.O. of the tourism and marketing corporation, explains, “for example, if they start telling the story of an underground jazz bar they discovered, the booth will project footage of trombones and saxophones or perhaps people dancing to jazz music. It’s an incredibly immersive and uniquely personal experience.”

Like the New Orleans celebration, more and more marketers are incorporating AI to improve their own brand activations. The technology allows brands to personalize their experiences, creating familiar moments that resonate with each attendee.

Why brands have set their sights on country music fans

Country music has long been a staple in certain segments of the U.S, and in the last few decades has made its way into the pop culture-sphere. Country is the most popular format among American adults with a 15.2 percent market share. In addition, “Nielsen pegs the median household income for country fans at $65,000—26% higher than the national average.” These statistics have led to more brands looking to align themselves with country music artists at large events, festivals, and more.

Even events such as the Super Bowl and South by Southwest (SXSW) are showcasing just how much reach country music has. Budweiser is a prime example. The brand brought country to SXSW by introducing the “Country Club” experience. With outdoor games and custom leather koozies, Budweiser is one of many companies that has developed an innovative and unexpected way to capture country fans interest while staying true to their brand. Read this Adweek article to learn more.

We all know that the retail world has made a dramatic shift. The recent closure of Toys r’ Us seemed to solidify a changing of the guard as it relates to how brick and mortar operates and finds success. But many experts caution the mantra that storefront retail is dying. Far from it, this Forbes article argues. But the author emphasizes there is a transformation occurring, and “boring, undifferentiated, irrelevant and unremarkable stores are most definitely dead, dying or moving perilously close to the edge of the precipice.”

Macy’s is responding to this new retail atmosphere and following the likes of many iconic stores by embracing experiential tactics. Their goal this year is to create new in-store experiences for different brands each month. The company recently launched the first of these in-store experiences, titled Macy’s Beauty Suite. Here customers can speak with makeup professionals, learn beauty tips and tricks, and test the product before purchasing it. The brand activation also includes many brand touch points, including a social media campaign, digital influencers, and more 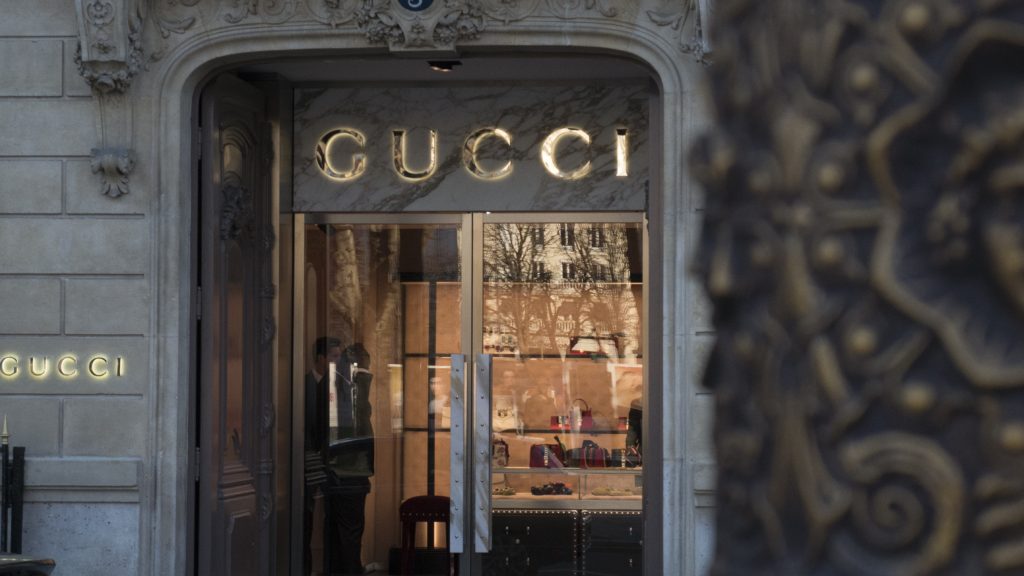 Gucci takes experiential retail to the next level

Continuing with experiential retail, this article explores a recent brand activation by fashion label Gucci, which took place within a 14th-century palazzo in Florence, Italy. The author hails the activation as “a grand example of experiential retail, the new normal for coercing shoppers back into brick-and-mortar stores. It also serves as a powerful marketing tool, immersing shoppers and brand fans in the lore of Gucci.”

The multi-level retail experience included a “bazaar-like” retail space which sold items that were exclusive to the experience. Books, magazines, and other Gucci products were also for sale, and the experience even included its own restaurant, Gucci Osteria, by Michelin-starred chef Massimo Bottura.

Another intriguing aspect: the experience was not free to attend. However, the cost served to support restoration projects within the city by donating half of its ticket sales, making the experience double as a philanthropic endeavor.

How the World Cup has become a liability, not a coveted sponsorship opportunity

This summer, Russia will host the FIFA World Cup. This widely-popular international football competition is usually never short on sponsorship. However, this year FIFA is missing a significant number of sponsors. With the exit of former FIFA President, Sepp Blatter, accompanied with several investigations and arrests, FIFA has become a brand liability. Add in the fact that the games are taking place in internationally-embattled Russia, getting new companies on board has been a significant challenge. In addition, many existing sponsors are denouncing FIFA and are considering withdrawing.

For years, the World Cup has been one of the holy grails of sponsorship, but this lack of support has shown that even the most historically and culturally popular events are never too big to fail. The author of the article sums up the situation, stating that “it’s ironic that a tournament that has proven so successful in the past in building brand equity for a multitude of companies is now struggling because, beyond the issues of probity, financial transparency and ethics, it completely forgot about its own reputation.”