How experiential branding can transform a company’s perception

For those who are not existing readers of The Economist, it is doubtful that the name itself generates a feeling of excitement and adventure. In fact, for many, images of charts and graphs may flood the imagination; information that is valuable, but not exactly a beach read. So, as those familiar with the immense power of experiential branding might guess, experiential marketing took those assumptions and turned them on their head.

According to Campaign, “The Economist has increased its subscriptions globally by 84% year-on-year through experiential marketing.” Marketing manager Kristi Egerth recently stated that, “we are a views-paper, not a news-paper. So we looked within for content from The Economist and created experiences to attract readers.” One example: “following an article about eating insects, the media owner gave out ice cream topped with crickets and locusts.” Doesn’t get much more real or memorable than that. In taking the paper’s content and translating it into a real-life experience, The Economist has come to life, transformed its perception, and won fans in the process. 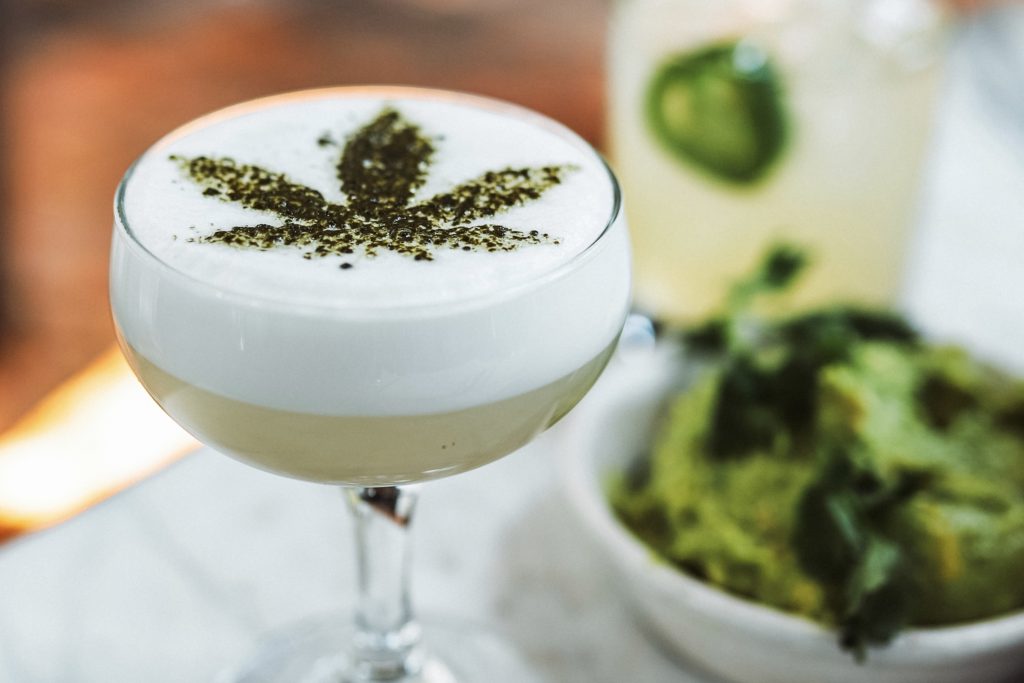 How cannabis is changing the beverage industry

This month, Canada took a remarkable and highly-anticipated step forward when its legislature voted to legalize recreational marijuana through the Cannabis Act. With medical marijuana already legal in 30 states in the U.S., this legislation created what some see as a “blueprint for other countries looking to do the same.” And it’s no wonder why many people are in a hurry to see change; in 2017, even with limited legal status, marijuana was still a $9 billion industry in the U.S.

But, as most people with even limited cannabis-industry knowledge know, there is no one way to consume this product. Cannabis products of all types are gaining steam, including beverages. And as consumers continue to ditch syrupy drinks in favor of healthier alternatives, Keef Brands CEO Erik Knutson believes that cannabis could be the answer. He recently told Inc. that “cannabis beverages are the new soda.” And he’s not alone in seeing the possibilities for the beverage industry; companies are infusing cannabis with everything from wine to cold-brewed coffee in hopes of creating the next kombucha-sized craze.

Why beauty brands are everywhere at Cannes Lions

Women have a tremendous amount of buying power. Not only are they often making the day-to-day purchasing decisions in the household, they are now earning more. In fact, according to an article in Forbes, as of 2017 women controlled 51% of wealth and earned the majority of secondary education degrees. For many brands, engaging with women in ways that resonate and matter to them is key. And several brands in the health and beauty space have done a tremendous job at reaching their female target audience. The strategies they have used can help brands of all types connect with their own audiences, regardless of gender or other demographics.

This year at Cannes Lions, the largest gathering of the advertising and creative communications industry, there seems to be a common theme. Fashion and beauty brands are taking center stage, with the number of companies represented surging from 5 last year to this year’s 13. They will be leading and participating in groups and discussions surrounding that which beauty has done so well over the past few years. As Jose Papa, Cannes Lions’ managing director, puts it, “When we talk about fashion and beauty, they are at the heart of everything that’s happening in the digital transformation of creativity, around brand building and the experience economy.” 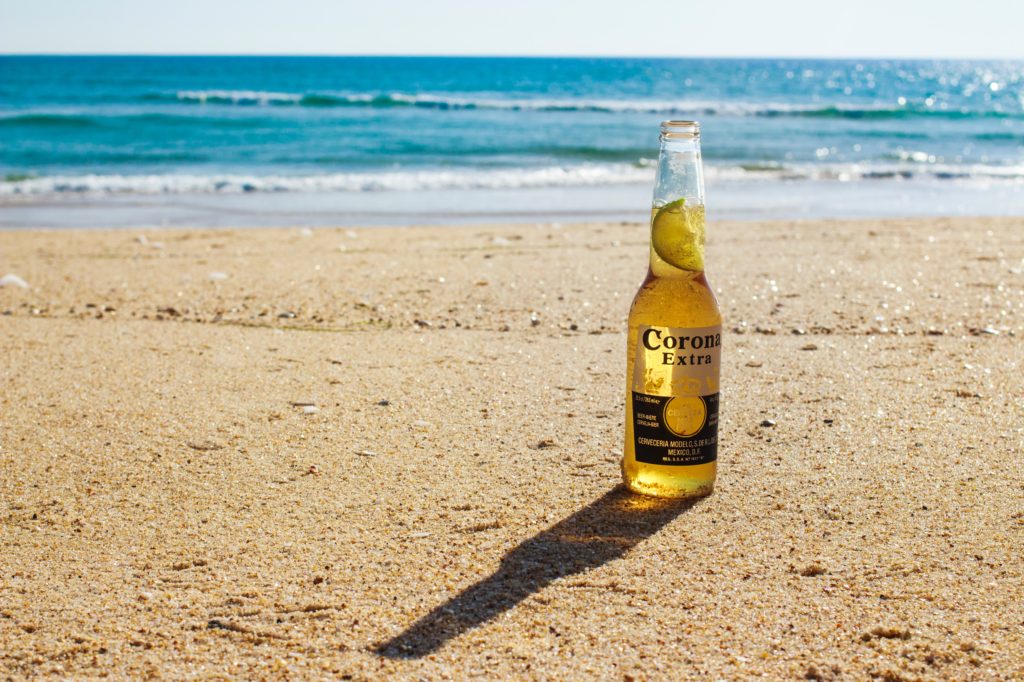 We all know the pitfalls of pollution. We limit our driving to avoid adding toxins to the air, we never dream of littering, and we recycle everything we can. But, quite often, we tend to forget about those things that we can’t see. For people who live near the ocean, beach pollution is a painful reminder of the poor conditions of our oceans. In fact, of the trillions of pieces of trash that are currently in the ocean, “the Great Pacific Garbage Patch, a collection of plastic, floating trash halfway between Hawaii and California,” recently grew to more than twice the size of Texas. To say that ocean pollution has reached crisis levels would be to dramatically understate.

Corona, however, is taking a stand by raising awareness about marine plastic pollution. The beer brand, which is popular with beachgoers, has created an experiential branding campaign that plays on their slogan “This is Living.” Instead, the company asks, “This is Living?” as the brand “’hijacked’” its own ads by replacing images of pristine beaches with ones marked by pollution.” The company constructed sculptures from plastic and placed them along the beaches in London, Melbourne, Santiago, Bogota, Santo Domingo and Lima to make their case.

How to achieve inclusivity in marketing

In some cases, marketing is aspirational. When it comes to luxury brands, selling the idea of who you want to be through the eyes of the product or service can be effective for some. Yet, more and more, people are turning away from messages that they don’t relate to. We now live in a highly-personalized world, and many consumers are embracing who they are and expecting companies to meet them there – not vice versa.

Which is why many brands, to both expand their consumer base and improve their approach, are looking to design more inclusive experiential branding. But often the question is how. Often the images and media associated with marketing campaigns are unrealistic and don’t tell the real story of the people who buy from the brand. Google CMO Lorraine Twohill shares lessons learned related to exclusivity that her own team encountered. These three tips offer insight for those interested in crafting campaigns that reach a broader audience. 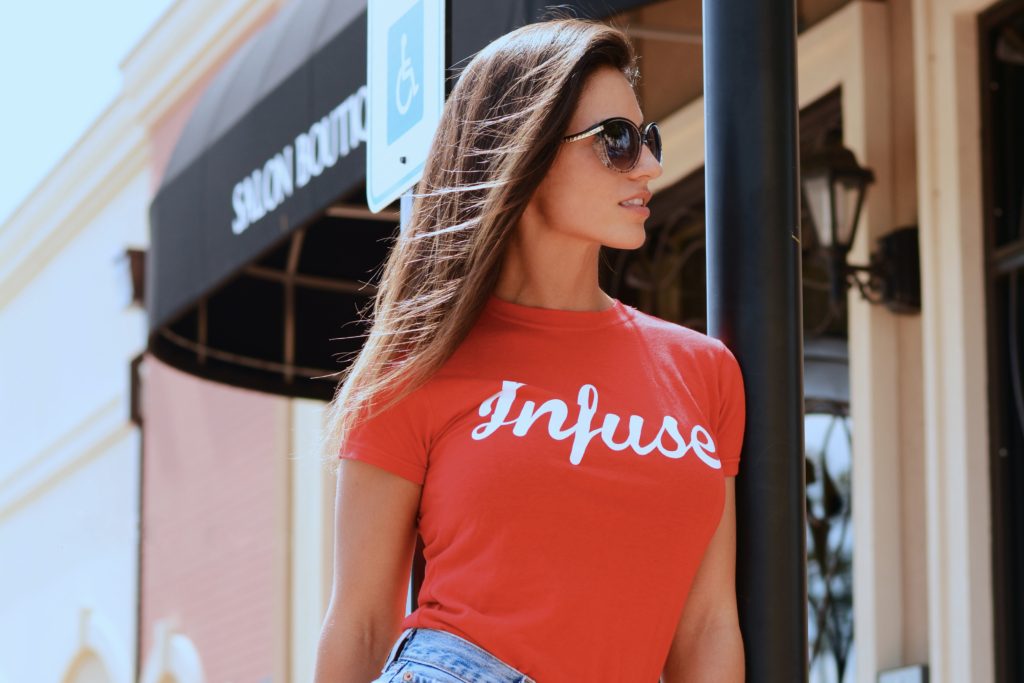 Macy’s approaches influencer marketing in a fresh and authentic way

Influencer marketing is growing, further illustrating how the digital and social media-led world is leaving traditional marketing in the dust. While celebrity endorsements are still alive and well, influencers are another powerful conduit in reaching consumers. While they may not be sipping a French 75 at a private party in Hollywood (although some undoubtedly are), influencers are celebrities in their own right. And in some cases, the fact that they are “normal people” lends to their ability to influence their followers purchasing decisions. They are trustworthy, accessible, and a huge asset to brands looking to reach their followers.

But department store Macy’s is approaching influencer marketing with a focus on authenticity. This month they added their “Style Crew Ambassador” campaign across the nation. Rather than seeking strangers with large Instagram followings, Macy’s is selecting its own employees to share sponsored content to their social media pages. “Macy’s employees are passionate about design and aesthetics,” said Cassandra Jones, SVP of fashion and design strategy. “It makes sense to engage and empower them to showcase what’s new and next to our customers.”

How to use consumer engagement to build brand trust

Much of the old rules of marketing took place within the four Ps: price, product, promotion and place. This marketing mix concept first took hold in the 60s. Now, seeing it through an internet-everywhere, digital revolution lens, it comes off as simple. In our new world, consumers have a voice through social media and other methods. They also have more choices, both in products and vendors. Marketing is no longer a simple transaction; it is a fluid orchestra of conversations, in which both parties, brands and consumers, contribute. Consumer engagement reins.

For marketers, creating effective methods of consumer engagement in a way that feels natural can be challenging. And, according to Jon Suarez-Davis, chief strategy officer for Salesforce Marketing Cloud, “becoming a world-class consumer engagement company isn’t optional—it’s a must for those that want to survive and thrive.” He goes on later to say that “the path forward is a relentless focus on trust, people, technology, process and identity.” Here are his tips on how to become a trusted consumer engagement brand.